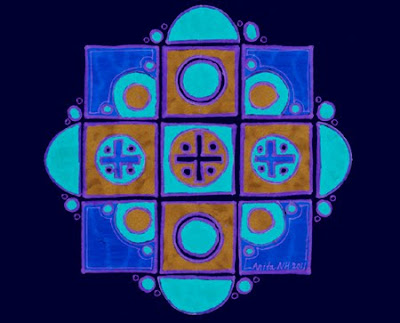 I have just opened a Spoonflower fabric shop! I have been talking about using my drawings as fabric designs for a while and I finally got the ball rolling. I have added a couple of designs just to see how the system works. I have to order a swatch of each of the designs to proof them before they can be offered for sale. 15 designs printed at once are much more cost effective than one at a time so I need to work up more designs. You can check my progress here: 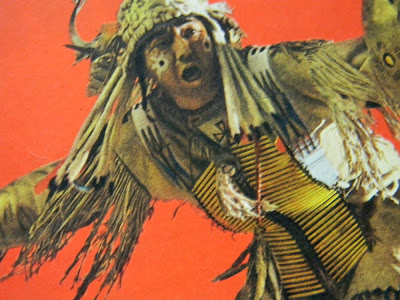 I've recently discovered the Prelinger Archives, now a new Reference Link in the sidebar, and I blogged about it on The Temporary Blog yesterday. I've been browsing their Subject Heading list every time I get a spare moment. It's a fascinating collection of video material.

I just found an interesting one called Pueblo Heritage (1950) presented by the P. Lorillard Company, the manufacturer of Old Gold Cigarettes:

In gratitude to the people who gave tobacco to the world, the P. Lorillard Company presents this film, one in a series on the American Indian, as a public service.

Now I'll admit to enjoying the images of the Zuni and Acoma pottery, as well as the marvelous sterling silver jewelry. But the turquoise and silver covered wagon (at 07:08) containing Old Gold cigarettes is a serious Madison Avenue plug.

I was reminded of their advertisement in a 1951 Saturday Evening Post which I had written about here in an earlier post. The incredible tag line reads: No medical war whoops from Old Gold... We're tobacco men... not medicine men! Smoke OLD GOLD for a TREAT instead of a TREATMENT! 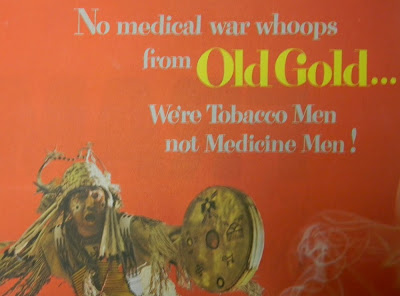 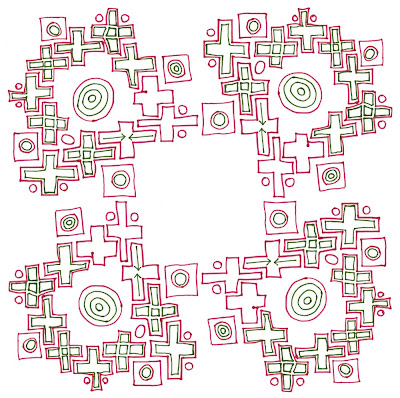 This is from my sketchbook from late October, early November. 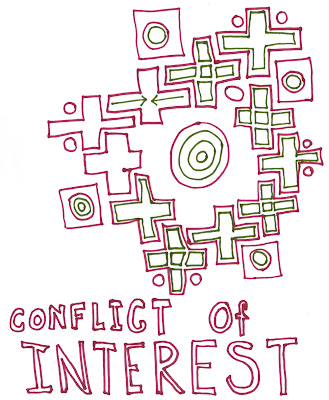 On November 23rd I noted a few lines from a book I found at the library on the $1 Shelf: Memories of My Melancholy Whores by Gabriel Garcia Marquez. I saw myself in the first one.

I discovered that my obsession for having each thing in the right place, each subject at the right time, each word in the right style, was not the well-deserved reward of an ordered mind but just the opposite: a complete system of pretense invented by me to hide the disorder of my nature.

This one I attributed to someone else:

I appear generous in order to conceal my meanness.

And then this one was me in spades!

I am conciliatory in order not to succumb to my repressed rage.

I checked into the exact meaning of "conciliatory" and read "bringing about harmony; propitiating." And when I checked into "propitiating" I read "gain favor by appeasement; atoning sacrifice."

Holy cow--the story of my life!!
No comments: 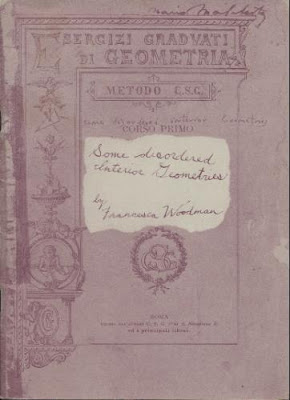 The photography of Francesca Woodman (1958-1981) is on display at San Francisco's Museum of Modern Art. I remember including some black and white images of her work in a simultaneous slide show titled "Symbolist Photography" that I produced in the late 80's for a Photo Archives course I was taking at Simmons GSLIS. I have not given much thought to her work since, until reading this morning's post at Cafe Selavy.

Her work is as engaging as her life was tragic. Some belittle her art ( John Henshall for the New Statesman -- this one is saddening right down to the comments ) while others have contributed in a more positive way to a meaningful understanding of it. Peter Davison, poetry editor for the Atlantic, suggests: "Francesca Woodman's work presents femaleness without satire or an agenda," in his insightful article Girl, Seeming to Disappear.

The Long Exposure of Francesca Woodman by Elizabeth Gumport on the New York Review of Books blog (which makes mention of Woodman's use of Surrealist motifs) was another good find, as were the selections of 21 images posted on this blog and 13 more on this tumblr. But what finally convinced me to write about Francesca Woodman today was the discovery, via Gumport's article, of the photographer's altered book, published in 1980, titled "Some Disordered Interior Geometries."

I didn't find a copy of the book on Amazon, nor was one available through any of the other used book sellers that I frequent. However, I discovered Alison Dunhill's article "Dialogues with Diagrams: Francesca Woodman's Book, Some Disordered Interior Geometries" for Rebus, an online journal of art history and theory (Issue 2, Autumn 2008, .pdf file here). It is illustrated with several two-page spreads in addition to an image of the altered cover of the Italian geometry text, Esercizi Graduati di Geometria, which forms the base for Woodman's photos and annotations. According to Dunhill, this was one of five photographic books that Woodman created using a found object in this manner.
No comments: 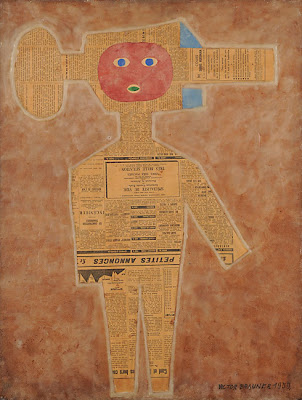 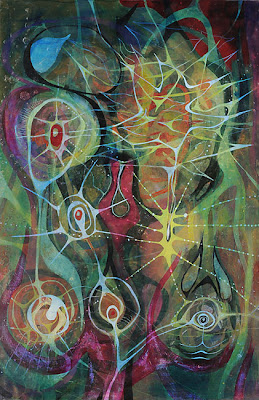 I also like this one by Gerome Kamrowski.
2 comments: