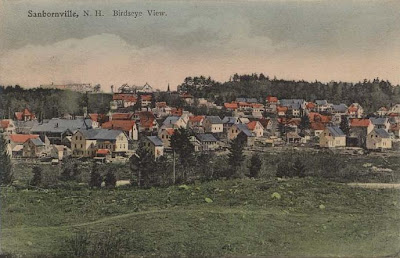 I live in a small town, miles from any movie theater. (My house is down in a swampy valley just about a half mile away on the other side of the hill shown in the the picture above.) Also, I don't have a television. So, what do I do for entertainment, you might wonder. Watch DVD's! And I just got five new ones in the mail this afternoon: The Rape of Europa; Kurt Schwitters; I'm Not There; Crimes of the Heart; and Issue 6 of Indie Arts: The DVD Magazine. So this will be short... I'm off to the movies!

...(one day later) The one I picked to watch last night was the only one of the bunch that I have seen before: Crimes of the Heart. Diane Keaton, Sissy Spacek and Jessica Lange are the Magrath sisters. Based on a Pulitzer Prize play by Beth Henley, the dialog is riveting, tragic and hilarious. Love the architectural details of their victorian southern house. I most identified with the oldest sister, Lenny (played by Diane Keaton). Must be her wardrobe which could have come straight from my closet!